Veil styles of English bonnets in 1480

For a full list of the names of these fair ladies seen below as well as citation, scroll to the bottom.

I’ve cropped a selection of ladies from photographs of brass rubbings for analysis of their veil formations. The veils on some of these images are easy to understand. On others, not at all. Are we seeing a form of veil stylization that can only be explained as the brass incising equivalent of visual shorthand? Or, are we seeing an accurate-but-stylized portrayal of each crease or edge of the veil?

Given that these images come from brass rubbings rather than photographs of the incised brasses themselves, it is hard to know for sure whether the black area extending out from the veiling is to be interpreted as part of the veil or if it is an arbitrary cropping-out of the rubbing marks. Another consideration is that many brasses came from templates and in some cases are nearly identical. One can conclude that brasses do not provide a comprehensive overview of the varieties in veil formation for this style of headdress.

As described in my class notes on An English noble lady’s outfit circa 1480 , I concluded that some of these images portray only one veil, which is shaped like a square or a kite. The veil is turned so that its longest point (or any point, if it is a square) sits at the front of the prong and then extends back over the support wires, draping between them and off their ends, ending in a point. Other images portray both this type of veil and a rectangular veil with a folded-back lappet, which is draped over all else and covers at least some of the forehead. (The second and third images from the left on the top row are good examples.) This veil is called a frontal, and likely represents widowhood, according to a 2011 publication, Illuminating Fashion (see below for bibliographical entry).

The last image could be a straight-on view of one of the styles above it. If so, it lends more information to the puzzle of veil formation. 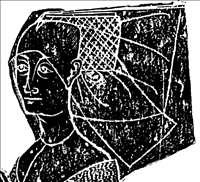 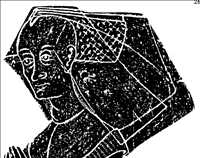 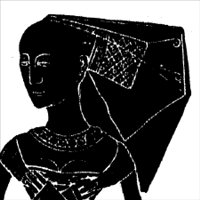 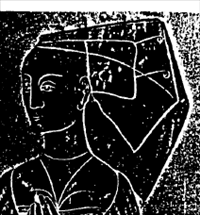 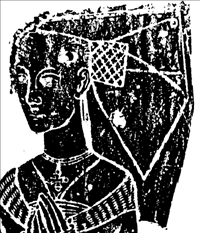 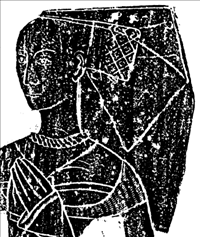 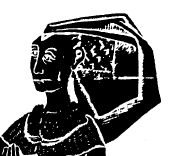 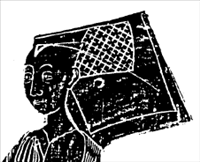 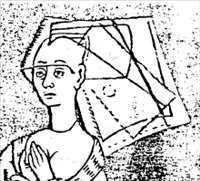 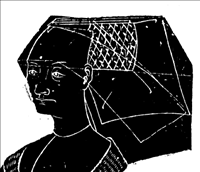 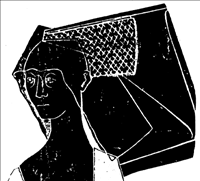 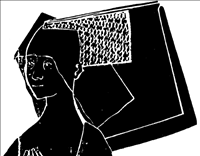 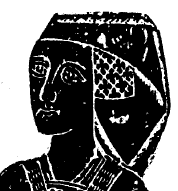 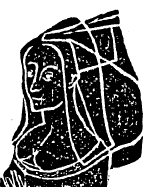 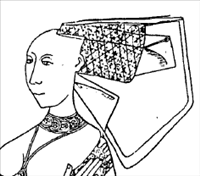 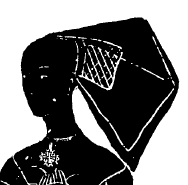 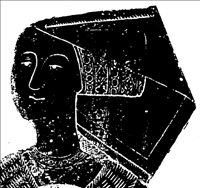 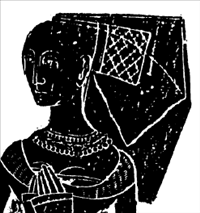 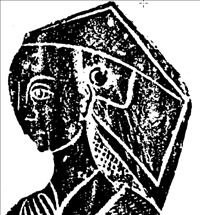 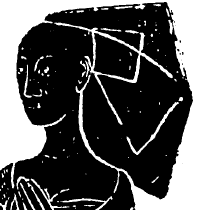 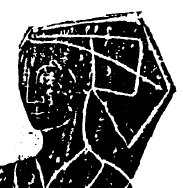 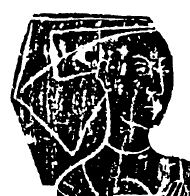 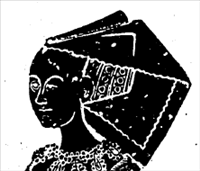 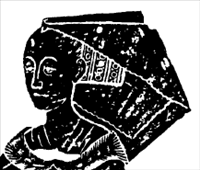 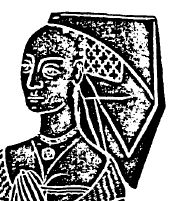 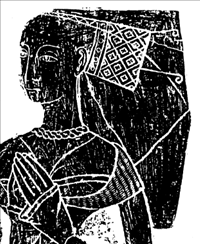 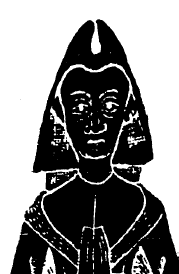 Unless otherwise noted, the photos of these brass rubbings (or redrawings in a few cases?) come from the Victoria and Albert Museum’s Department of Brass Rubbings. The names listed below are in the order of left to right, top to bottom for the images in the grid above.

This website uses cookies to improve your experience while you navigate through the website. Out of these, the cookies that are categorized as necessary are stored on your browser as they are essential for the working of basic functionalities of the website. We also use third-party cookies that help us analyze and understand how you use this website. These cookies will be stored in your browser only with your consent. You also have the option to opt-out of these cookies. But opting out of some of these cookies may affect your browsing experience.
Necessary Always Enabled
Necessary cookies are absolutely essential for the website to function properly. These cookies ensure basic functionalities and security features of the website, anonymously.
Functional
Functional cookies help to perform certain functionalities like sharing the content of the website on social media platforms, collect feedbacks, and other third-party features.
Performance
Performance cookies are used to understand and analyze the key performance indexes of the website which helps in delivering a better user experience for the visitors.
Analytics
Analytical cookies are used to understand how visitors interact with the website. These cookies help provide information on metrics the number of visitors, bounce rate, traffic source, etc.
Advertisement
Advertisement cookies are used to provide visitors with relevant ads and marketing campaigns. These cookies track visitors across websites and collect information to provide customized ads.
Others
Other uncategorized cookies are those that are being analyzed and have not been classified into a category as yet.
SAVE & ACCEPT